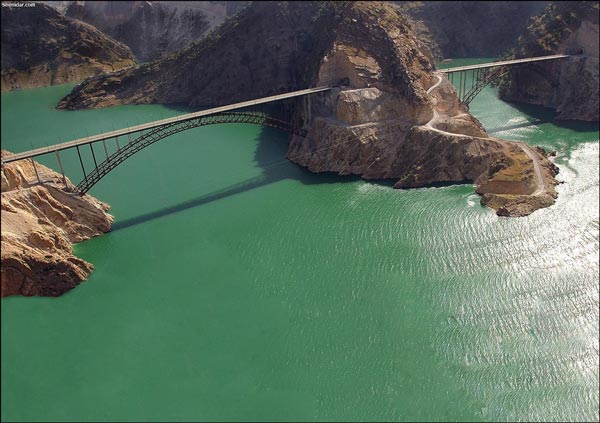 A dam is the cornerstone in the development and management of water resources development. Dams are very important for both developed and developing countries due to the economic and domestics benefits derived therein. As civilizations developed, there was a greater need for water supply, irrigation, flood control, navigation, water quality, sediment control and energy. Therefore, dams are constructed for a specific purpose such as water supply, flood control, irrigation, navigation, sedimentation control, and hydropower.

Iran has been one of the states with the highest rate of dam construction worldwide. Iran ranks first in the region and third in world in terms of dam construction industry. in the recent years, dam construction has led to numerous ecological, social, cultural and political problems and conflicts in the the region. As of 2007, Iran has constructed 588 dams with 137 more under construction and 546 planned. Recently, it has been announced that 15 new dams will be inaugurated across Iran by the end of the current Iranian calendar year, which began on March 21, 2013.
It has been cited that limitations in water resources are posing a major constraint to the expansion of crop land and food production in Iran where agriculture is by far the largest water user in the country accounting for 90% of total withdrawal.

I. Introduction
II. The Damming of Iran
III. Cover Crops in Rural Iran
IV. Effects of Dams on Agriculture: The Case of Lake Urmia
V. Conclusion

To read the remainder of this article, please sign up for the site Membership Plus account, - Don’t wait, be one of the first group to view this article.

Sign up now for 12 great months of the best information tips this article and strategies available on the Internet. With ICSANA membership you gain exclusive access to premium content only available to our site members. Plus, our monthly newsletter is chock full of excellent advice from the experts.