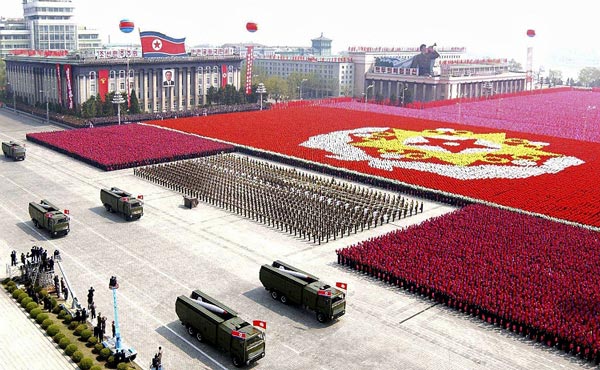 Throughout the 1990s, US military planners assumed that a North Korean surprise attack on South Korean and US forces might succeed, at least in terms of achieving its intermediate objective of seizing Seoul. In order to accomplish this goal, North Korea would employ its two main advantages: mass artillery – already deployed within range of Seoul – and heavy armored forces, deployed immediately north of the DMZ. In theory, a massive artillery barrage would stun defenses and open corridors for armored forces to punch through and capture Seoul before allied forces could react. In the event that coalition forces lost Seoul, US military planners estimate that approximately six US ground combat divisions including marine and army units, ten air force wings, and four to five carrier battle groups, would be required to liberate the South Korean capital.

In the wake of the events starting in 2012 that led to the latest Korean crisis, government officials and security analysts in the region say North Korea is scaling back its campaign of threats and showing signs it wants to ease tensions with South Korea and the U.S. That assessment, gaining credence among policymakers in recent days, does not mean North Korea will soon agree to talks or that the long-term threat posed by its weapons program has been reduced. But officials say they are encouraged by a shift over the past week in the government’s rhetoric, which, though still venomous, now includes hints about reconciliation.

To read the remainder of this article, please sign up for the site Membership Plus account, - Don’t wait, be one of the first group to view this article.

Sign up now for 12 great months of the best information tips this article and strategies available on the Internet. With ICSANA membership you gain exclusive access to premium content only available to our site members. Plus, our monthly newsletter is chock full of excellent advice from the experts.